So, Jill Stein, the Green Party loser, has decided to take up the fight for that vapid cunt Killary. She’s pushing the recount in 3 states that have reported no issue with the vote or the count.  Not sure where her head has been residing, but I’m positive that it smells like shit.

Nancy Pelosi keeps her minority leadership role. I guess the new administration won’t have it as easy as they thought. I’m seeing filibusters in our future. I’m pretty sure that gasbag can talk her way into the record books with her filibuster shit. Let’s all pray that she gets throat cancer.

I’ve been watching all the sanctuary cities proudly exclaiming that they will defy Trump’s threatened actions by keeping their sanctuary status. Dumb asses, don’t they realize that as soon as planned capital projects are no longer federally funded, they’ll fold like always. Money talks, bullshit walks. Or; Money talks, liberal b.s. walks.

Oh yeah, Santa Fe has announced that they to will defy Trump. When they finally go broke, I hope they raise the taxes to their citizens to the point that they start voting with their heads rather than their asses. 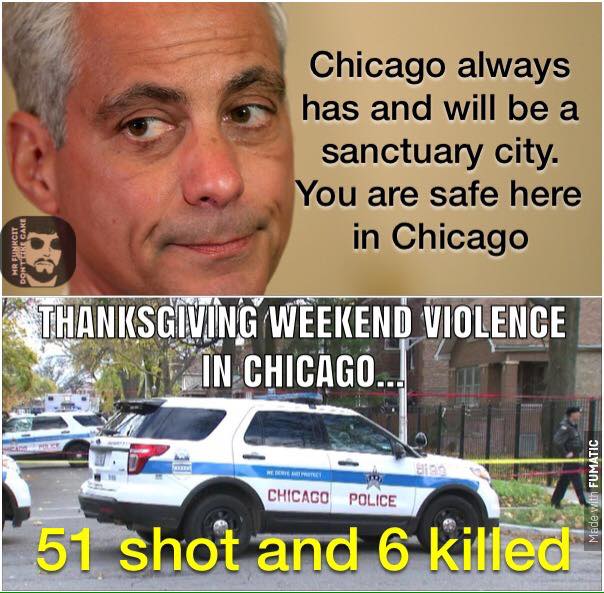 Oh, that meme has to cut you to the quick Rahm. I guess that you only care about illegals since you plan on allowing them to stay and you let the gangs run the city and kill at will. Pussy.

One thought on “Politics”